I have been bikepacking and bike touring in Europe in various trips for the last 4 years but this was a complete different experience. So far I had mostly traveled solo but this time I was travelling together with Ariadna and this was her first real bikepacking trip. However, the real game changer was the location, we were cycling in Latin America. For the last three months we have been bikepacking in the Peruvian Andes as part of a bigger trip from Peru to Patagonia. 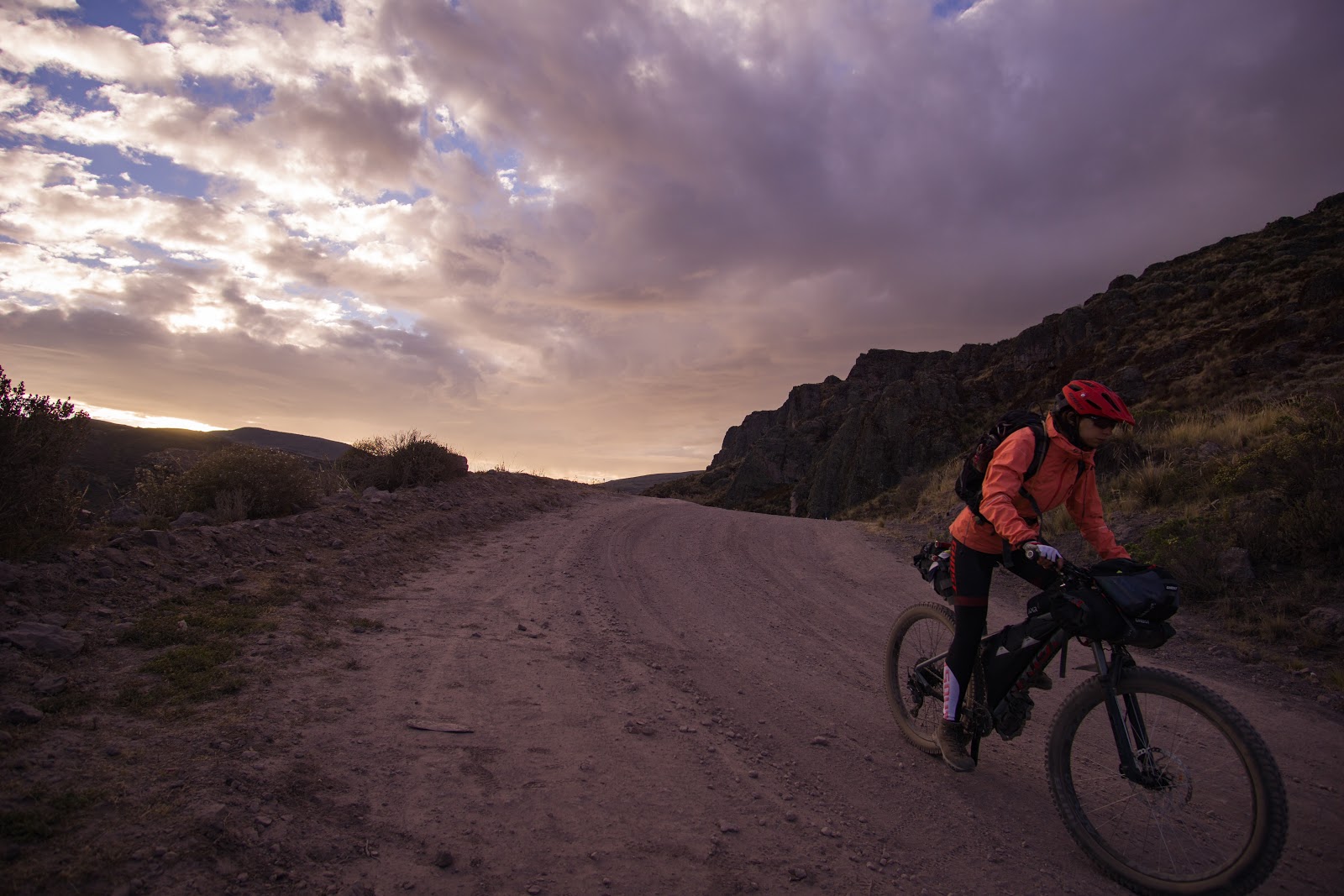 We flew to Lima and had our acclimatisation in the highest mountain range of Peru, the Cordillera Blanca. We went there without bikes since we were accompanied by my sister, Gisela, and decided to hike instead. Those were the biggest mountains we had seen in life, super beautiful and inspiring. 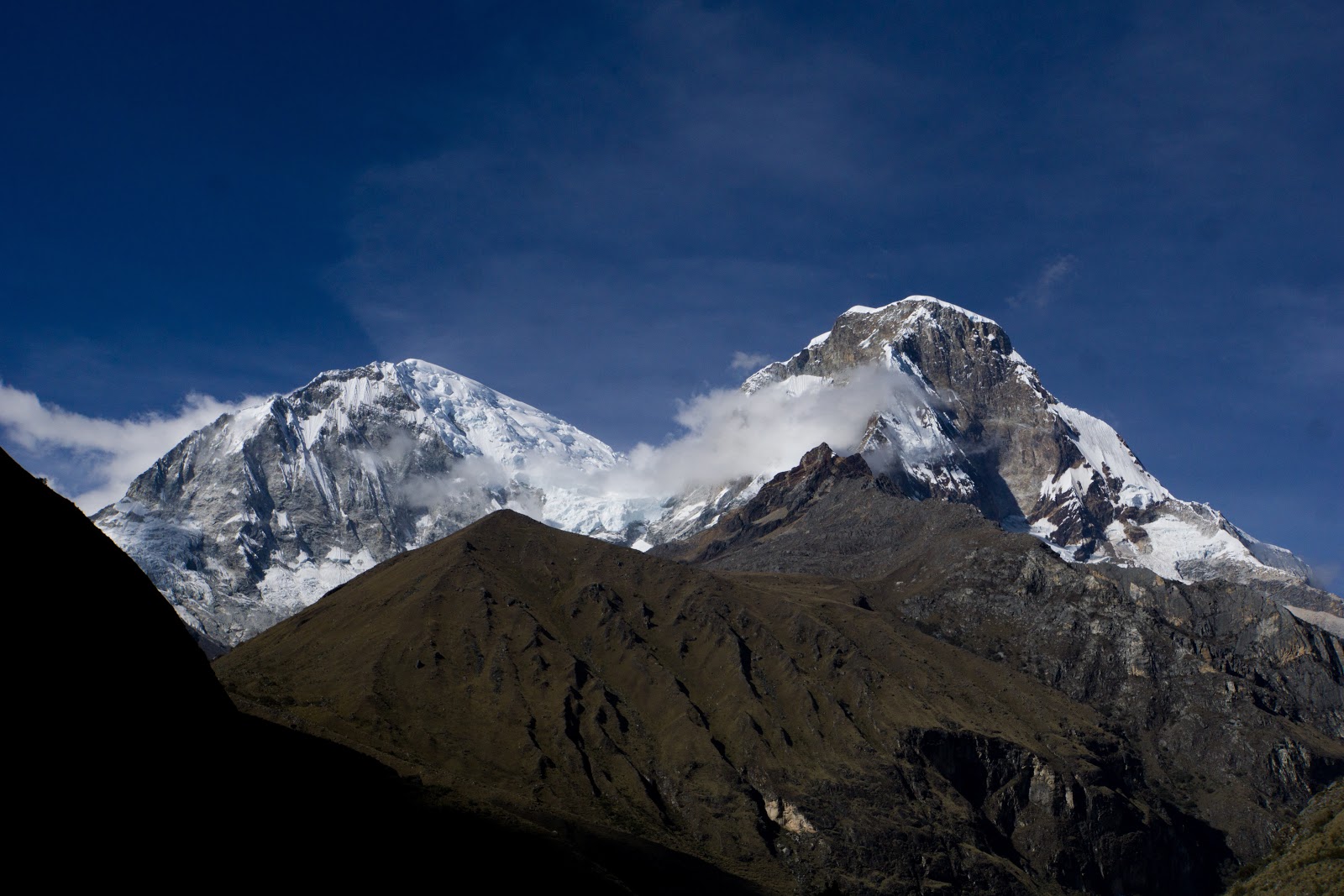 We went back to Lima where we had left our bikes to wave goodbye to Gisela and started unpacking and setting up the bikes. Couple of days later we started the first long climb, we were at 500m. and were riding up to the Andean spine at 4700m. In order to get there, we had multiple passes and realised how astonishing the views would be throughout the whole trip. 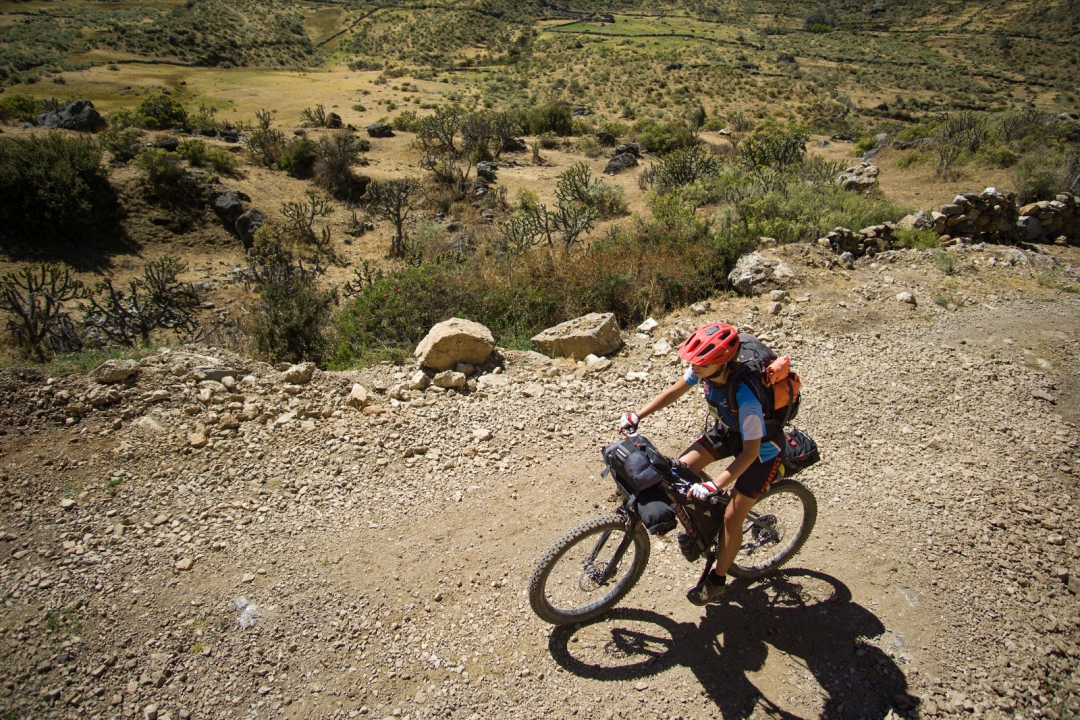 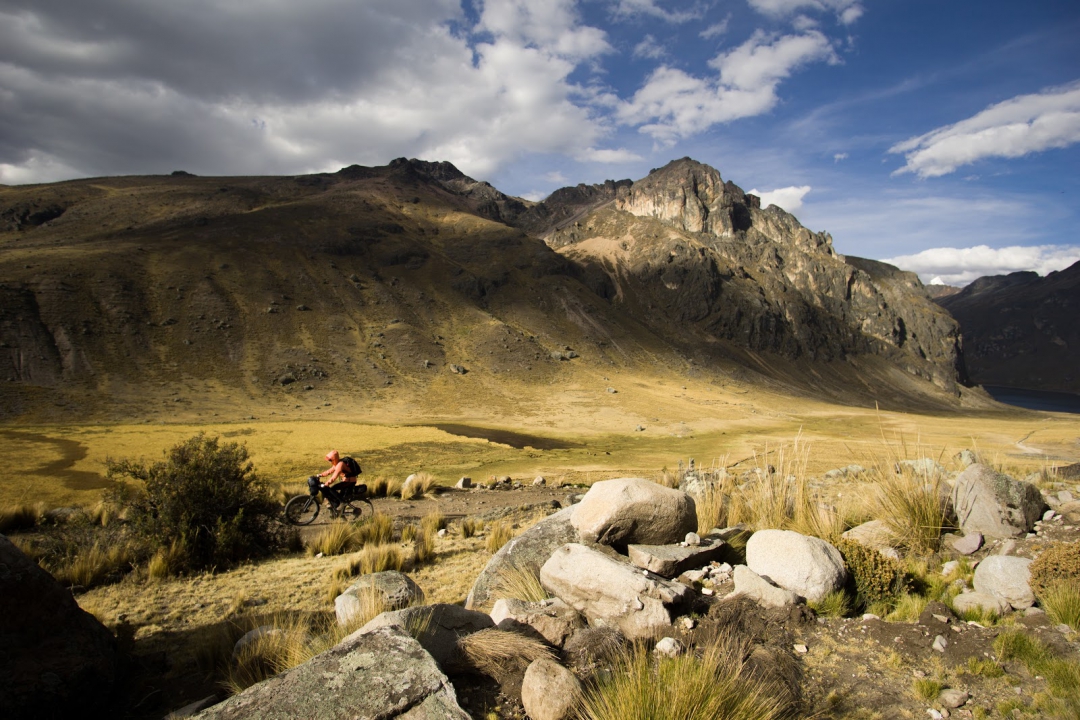 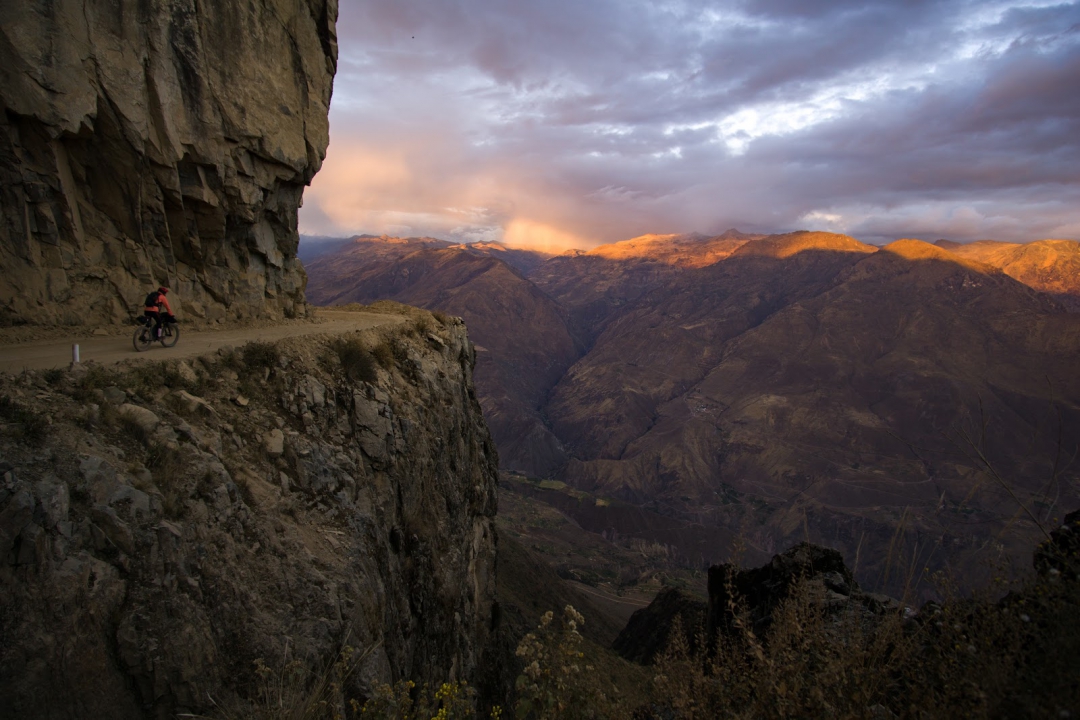 We then joined the Peru Divide, a famous off-road cycle touring route neatly crafted by andesbybike. Since we had a bikepacking setup, we also decided on few modifications of the original tracks in order to ride a bit of singletrack. This worked, but not everytime, and we found ourselves pushing our loaded bikes more often that we would have expected. 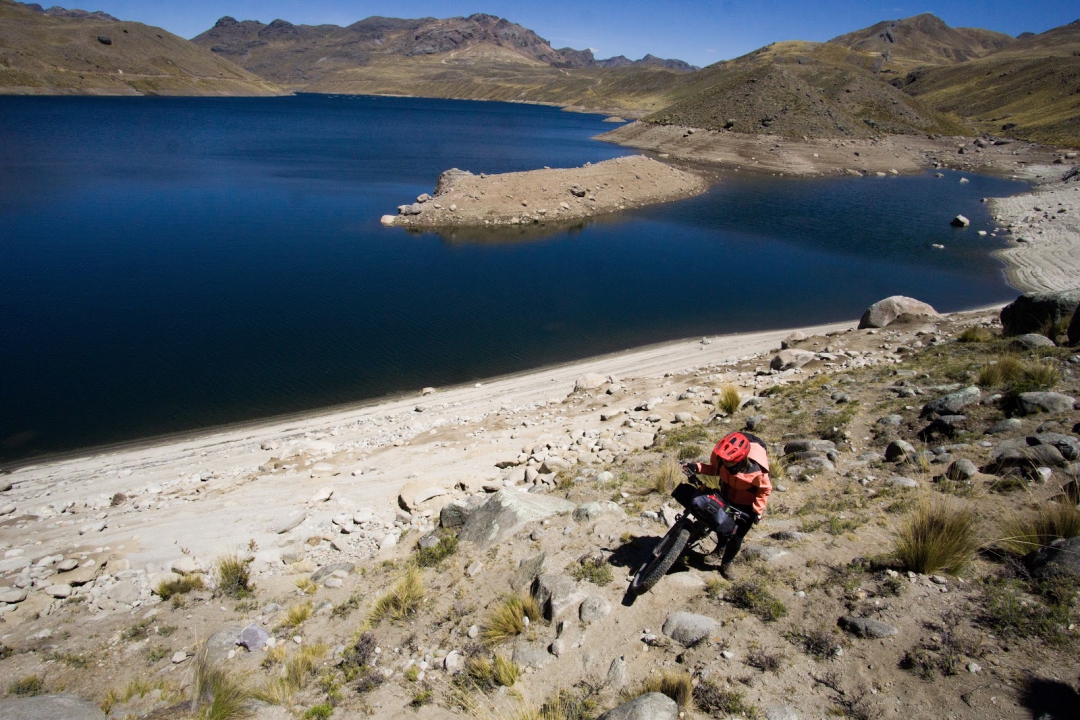 On the bike we certainly had a lot of fun, besides the riding itself, we found plenty of animals, mysterious plants, friendly people and incredible views. Together with all the riding experience came a lot of off bike experiences as well: daily cooking, camping, washing clothes, taking care of some crashes? 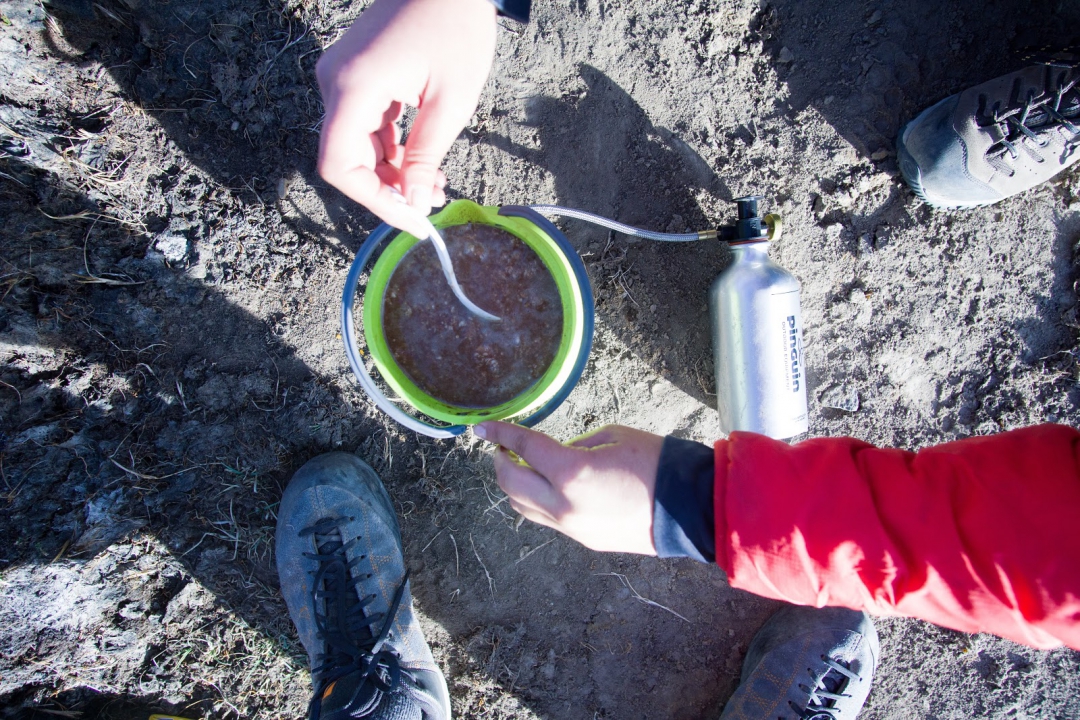 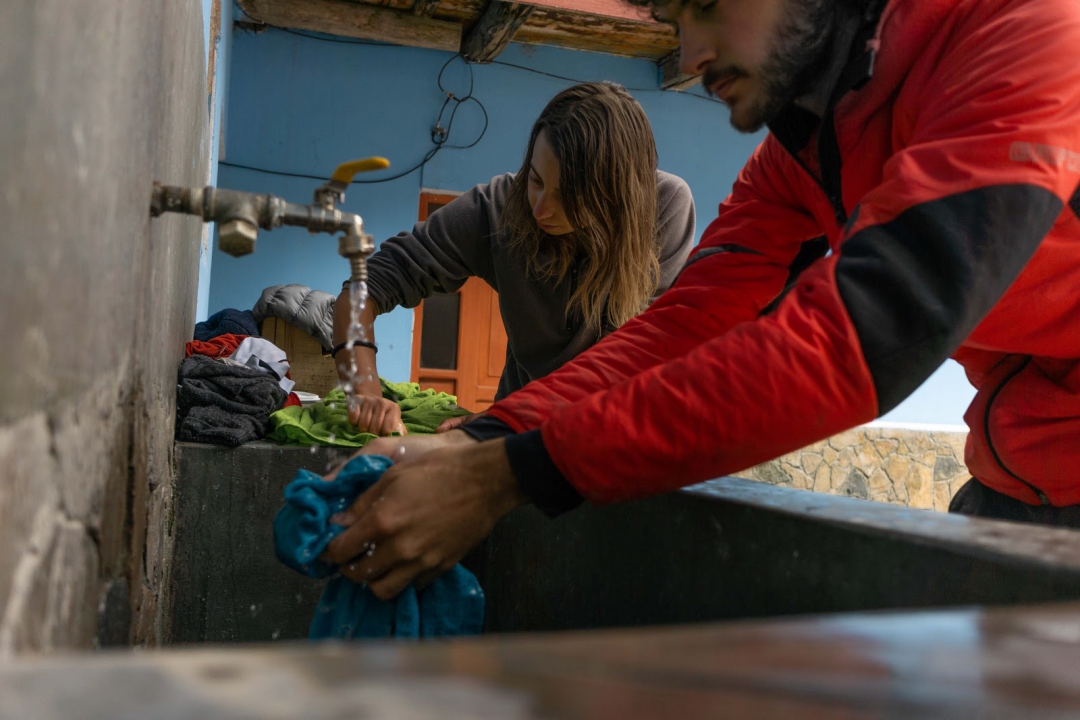 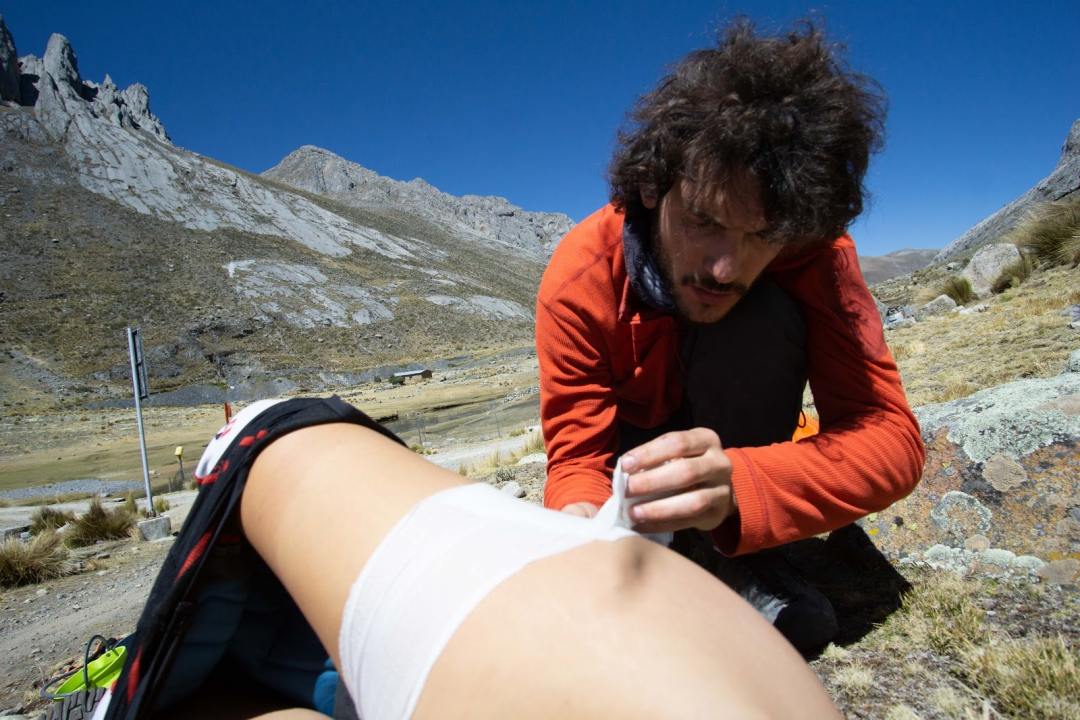 We rode through landscape reserves and natural parks where it is allowed to ride and this was the correct decision. They are protected for a reason, they do have a certain interest and remain less destroyed by humans. The fewer villages and specially cities also meant less luminic contamination and the skies became brighter the higher and remoter we slept. 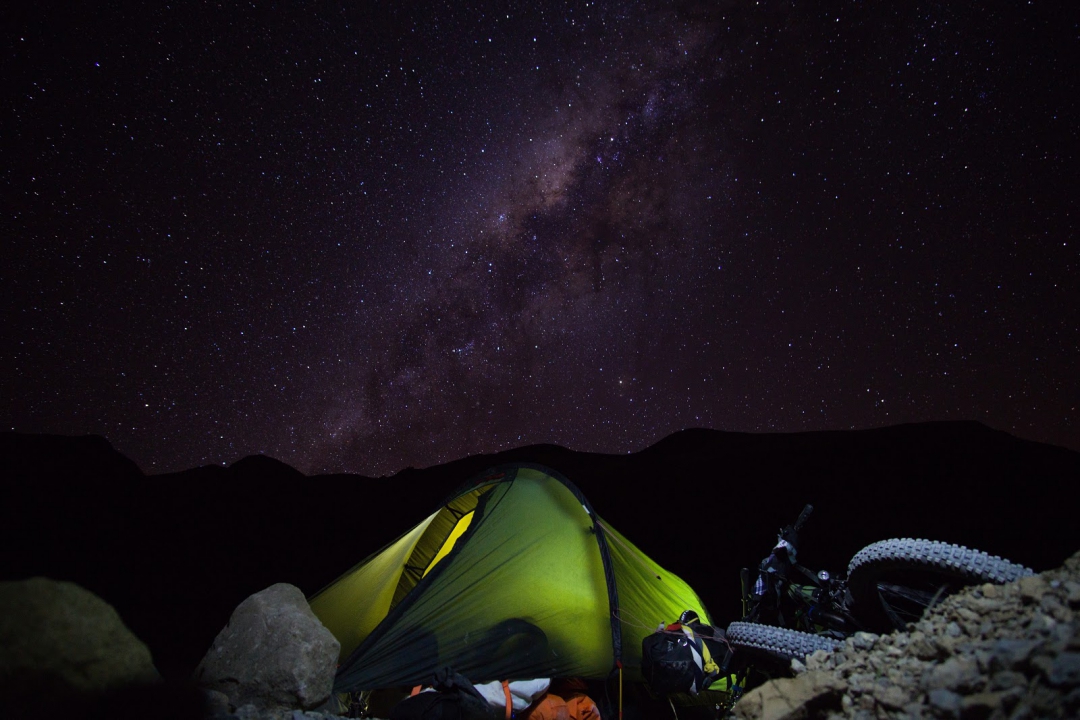 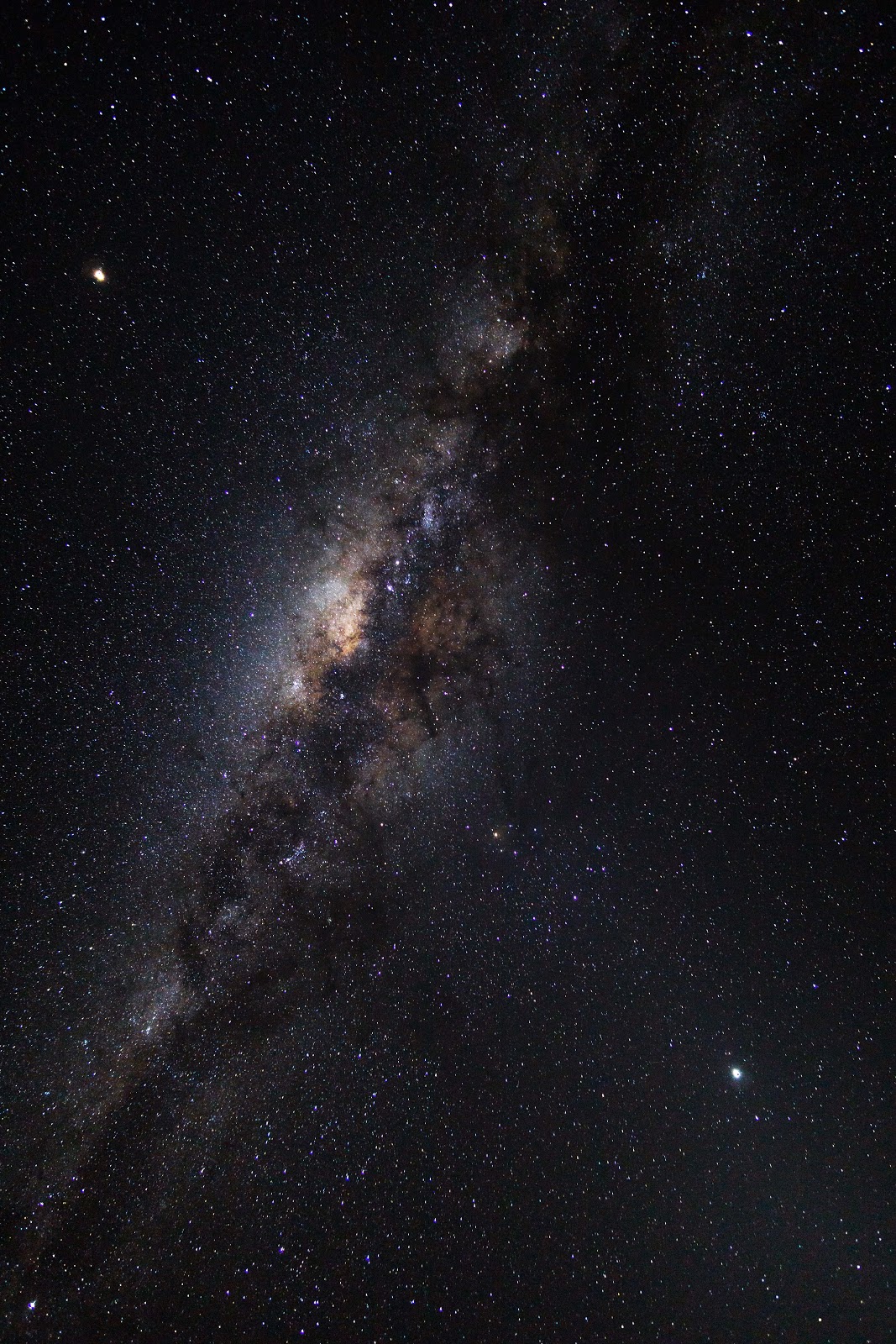 In the Reserva Paisajística Nor Yauyos Cochas we found a lot of local tourism and the clearest river ever seen. We followed its way down enjoying every single turn of it, as well as its waterfalls. 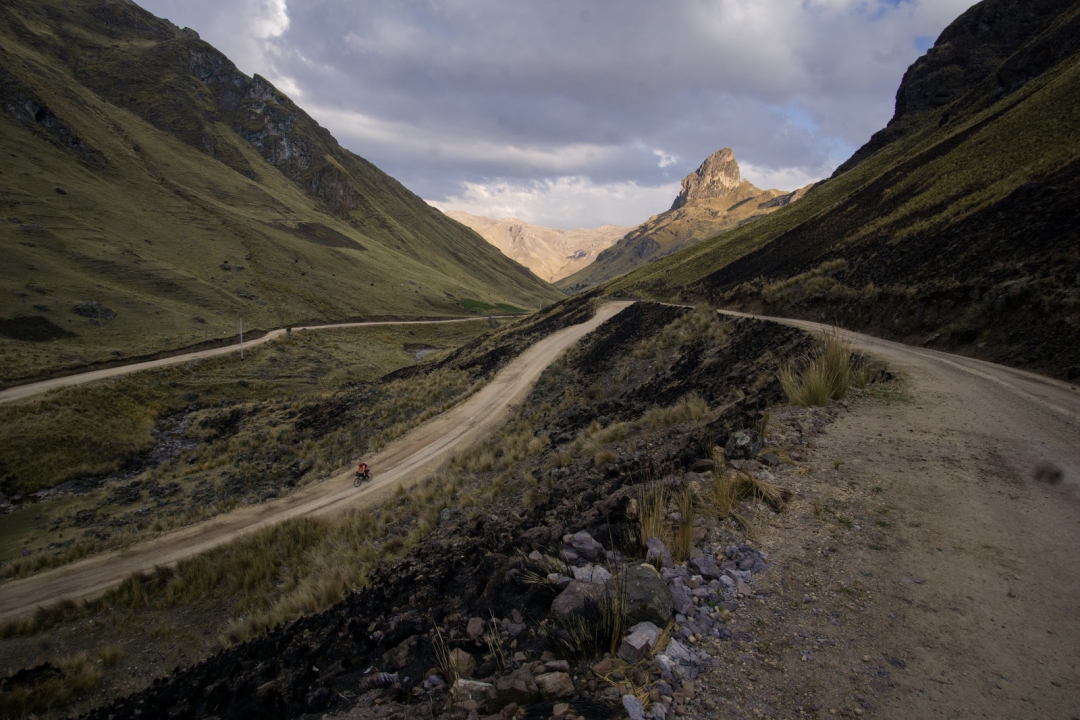 We left the river and started a climb to the highest pass of the route so far at 4990m. This one had been in our minds for a long time, would we be able to make it? The real challenge was the lack of air since we were well acclimatised and knew the terrain wouldn't be that challenging. It was really tough, we weren't able to ride 20 continuous pedal strokes at that height so there was no other option left rather than pushing. We arrived at the pass when the sun was setting and got the best light for photography. The resulting shots can prove that. 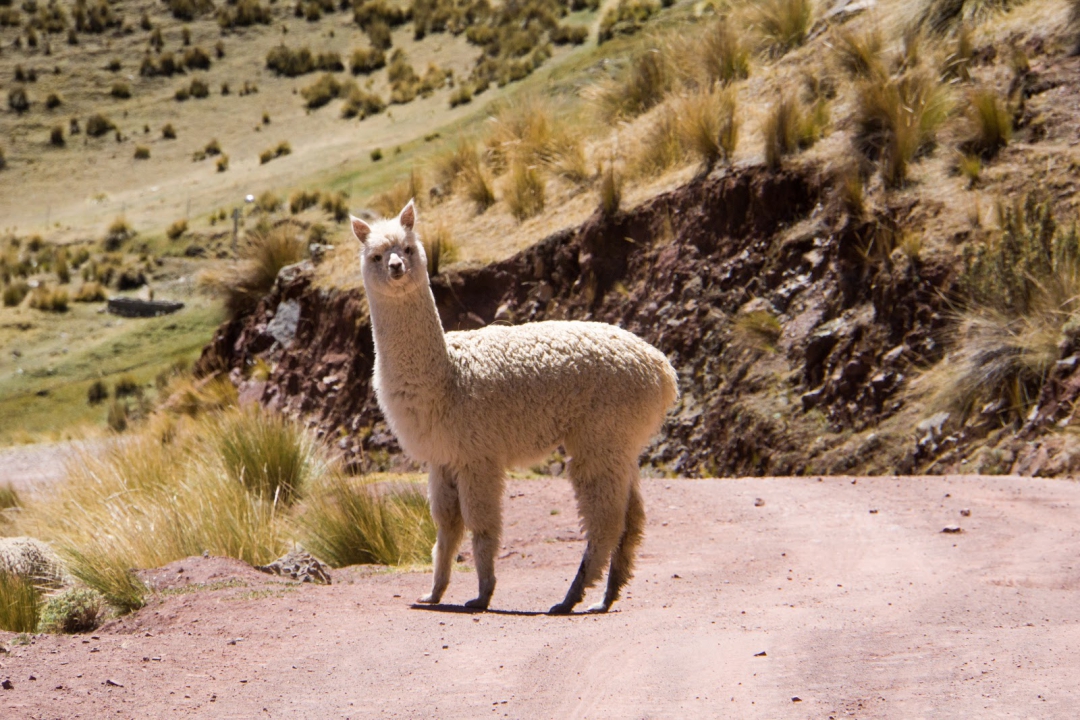 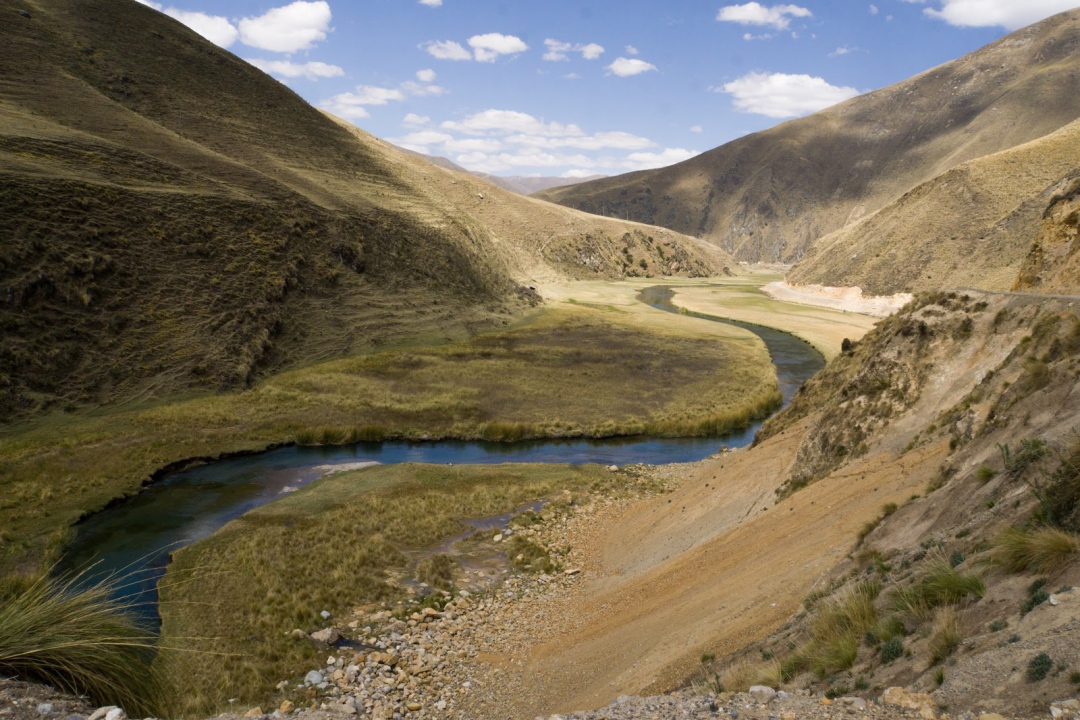 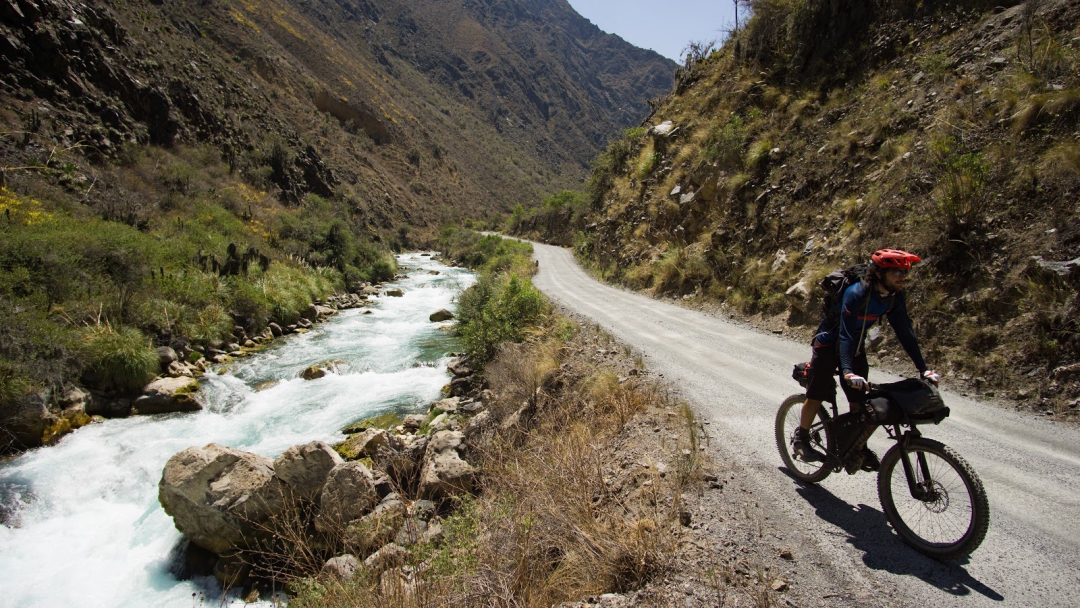 The last bit of the route I would like to share with you is the Salkantay trail, possibly the prettiest door to the Machu Picchu. The Salkantay mountain is a 6271m nevado that guards an equally named 4630m. pass. We rode all the way up to Mollepata and Soraypampa 6000m. after arguing a bit with the park guides, who first said they wouldn't allow us to continue by bike but later on had no issues with it. (There's a chance you are not allowed to continue, if you do try, be aware of the risk!). 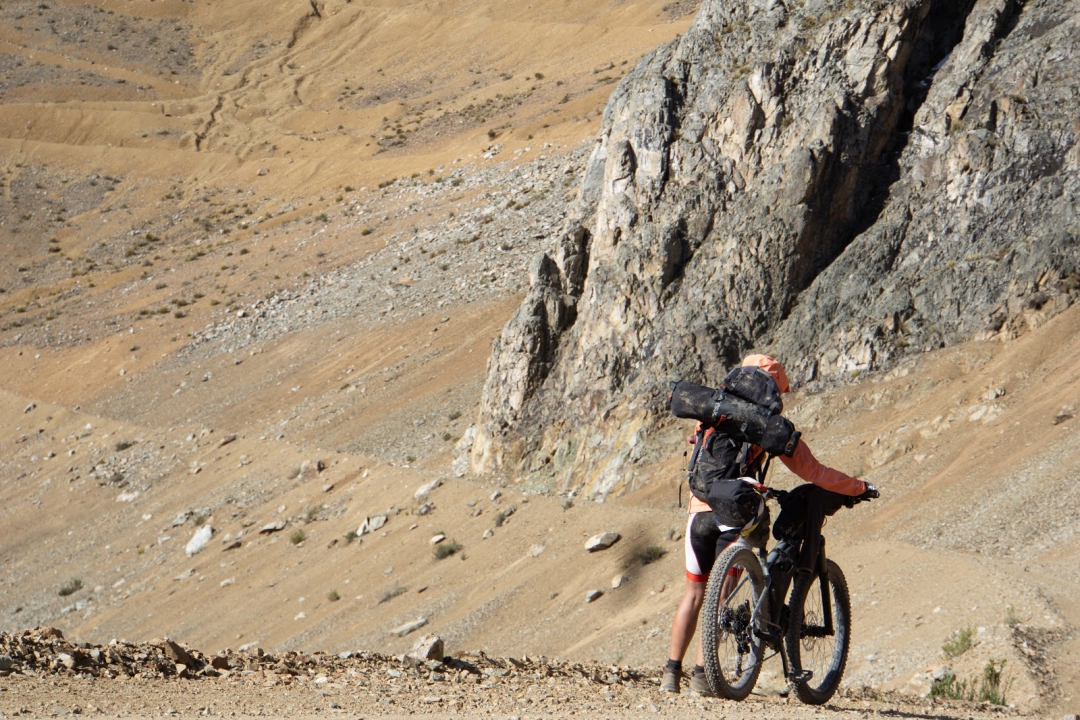 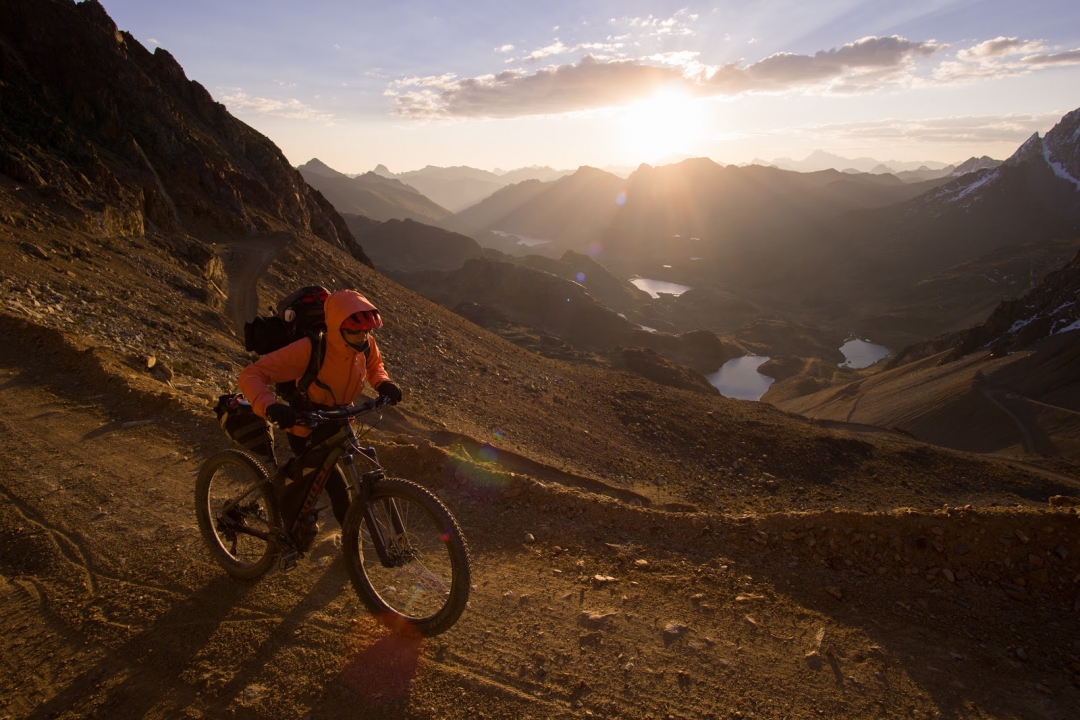 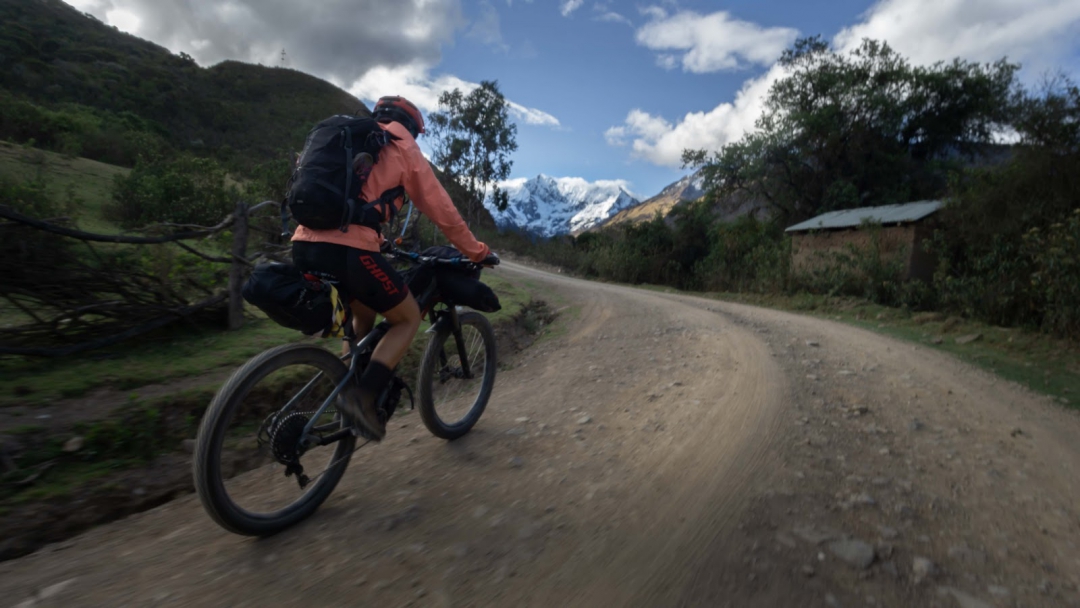 We slept in Soraypampa and decided to stay a for another day because we woke up with low fog and little rain. What's the point of going up the mountains if there are no views? This probably was the best decision of the whole trip!! The skies cleared in the afternoon and we took a short hike to a higher lake and were gifted with the last purple-orange daylights at the salkantay walls. 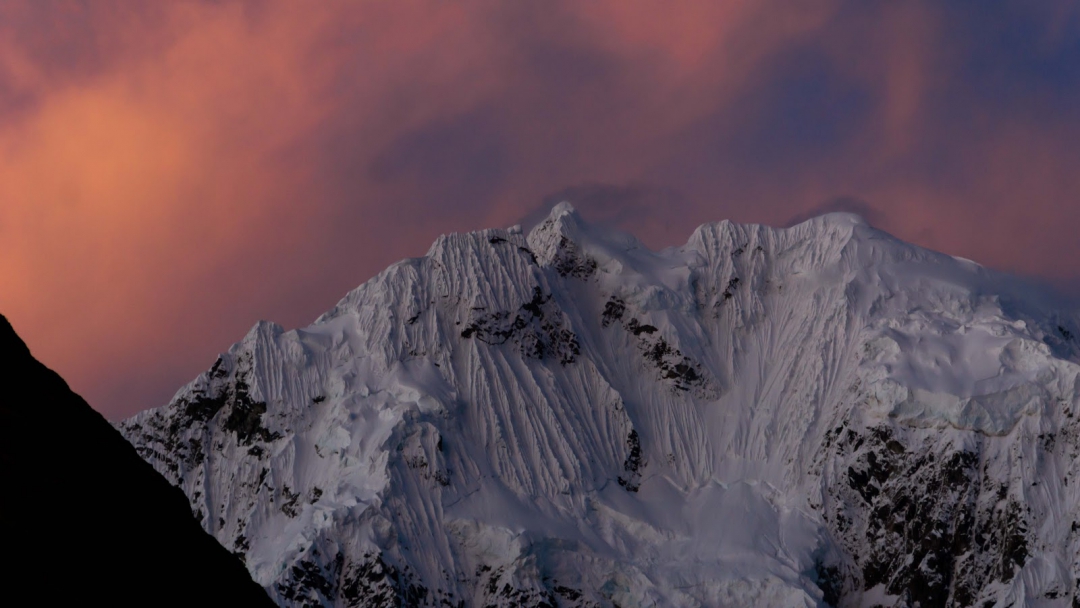 The following day we started pretty early and the sky was still clear so we hike-a-biked the last 630m of elevation gain, which took us a decent amount of time considering the load. We were overtaken by a lot of donkeys that were carrying the material for mainstream tourists that were hiking the pass without anything on their backs. The views, as usual, gave us all the energy we needed to keep pushing. 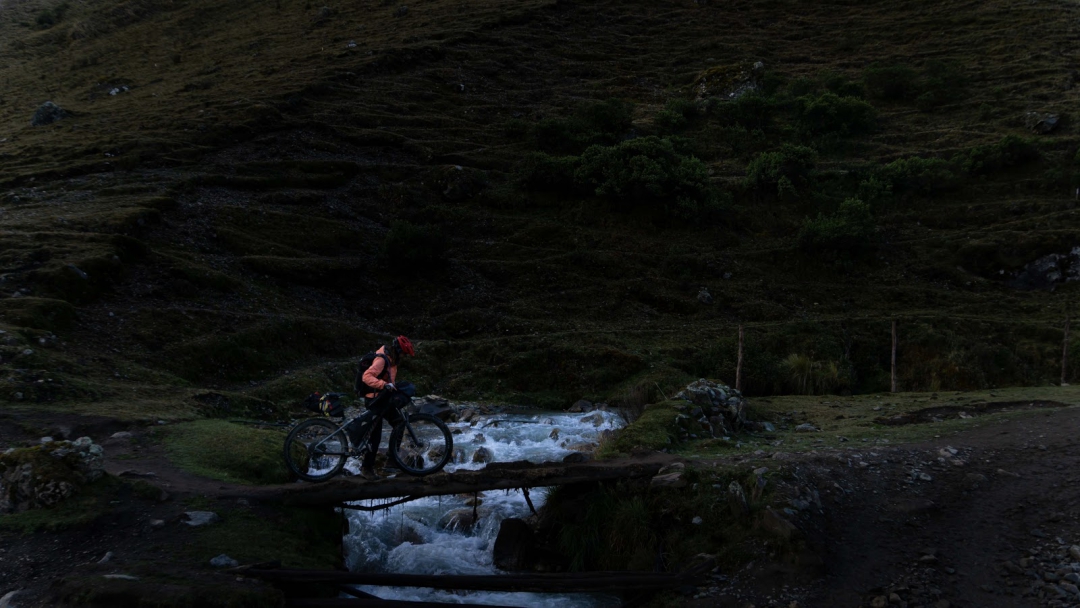 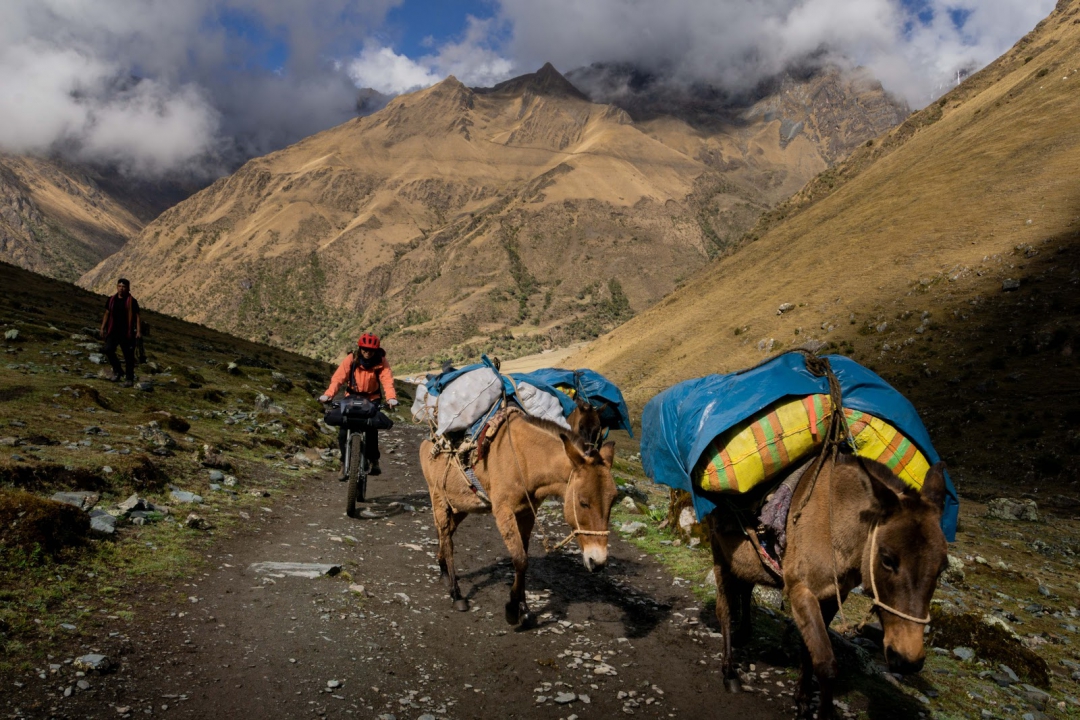 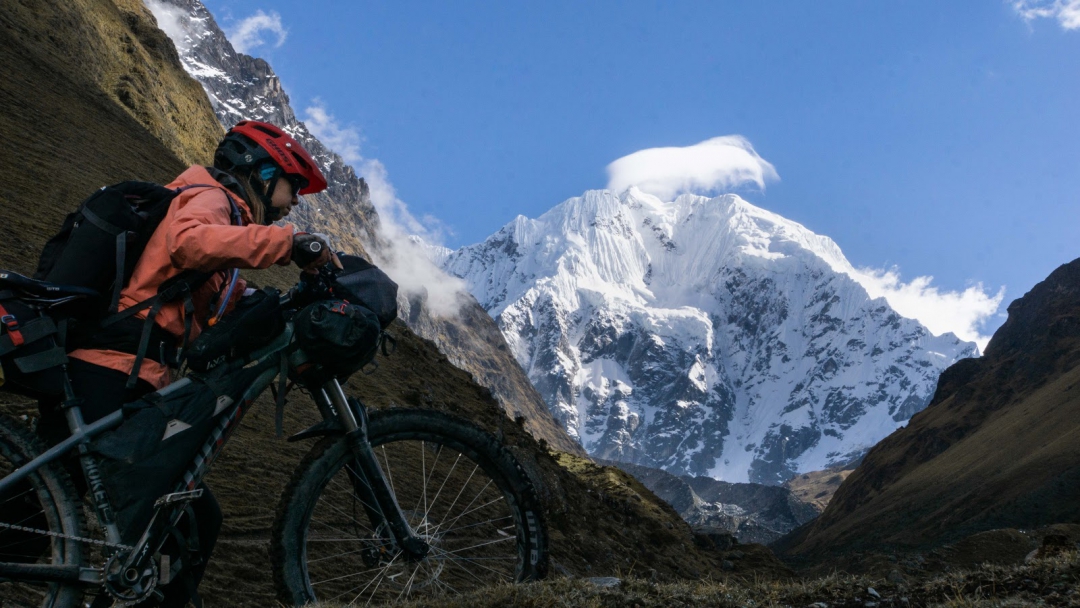 The sky was becoming more cloudy as the day was passing and it even snowed just below the pass. We kept being sure that we would make it and were gifted some sun when we arrived at the pass, the sky slightly cleared but we still couldn't see the Salkantay summit. 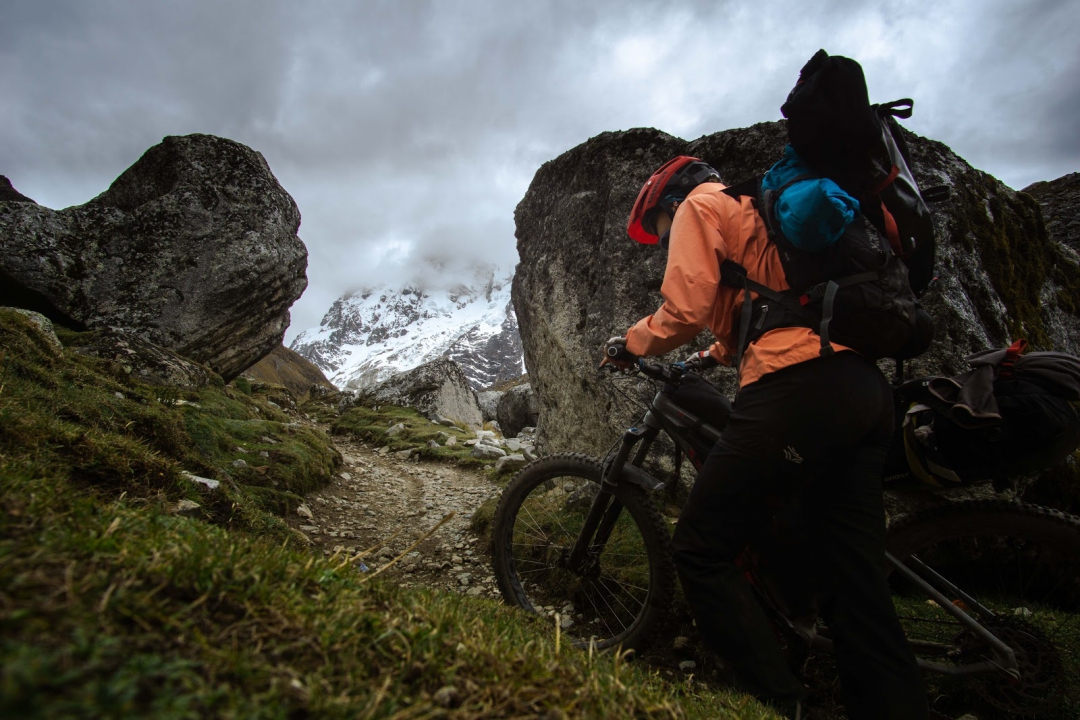 From there, we had a 3000m decent down to 1500 where we would stay and start our hike to the Machu Picchu. The contrast between the two terrains was clear when we started seeing banana trees and a jungle like vegetation. The trail itself is pretty rocky at the beginning and the size of the rocks is sometimes too much to be ridden, but it becomes mellower and flowy at some point and really enjoyable. Bear in mind that we rode fully loaded plus-tyred hardtails, two GHOST-Bikes Roket 8 with custom builds. 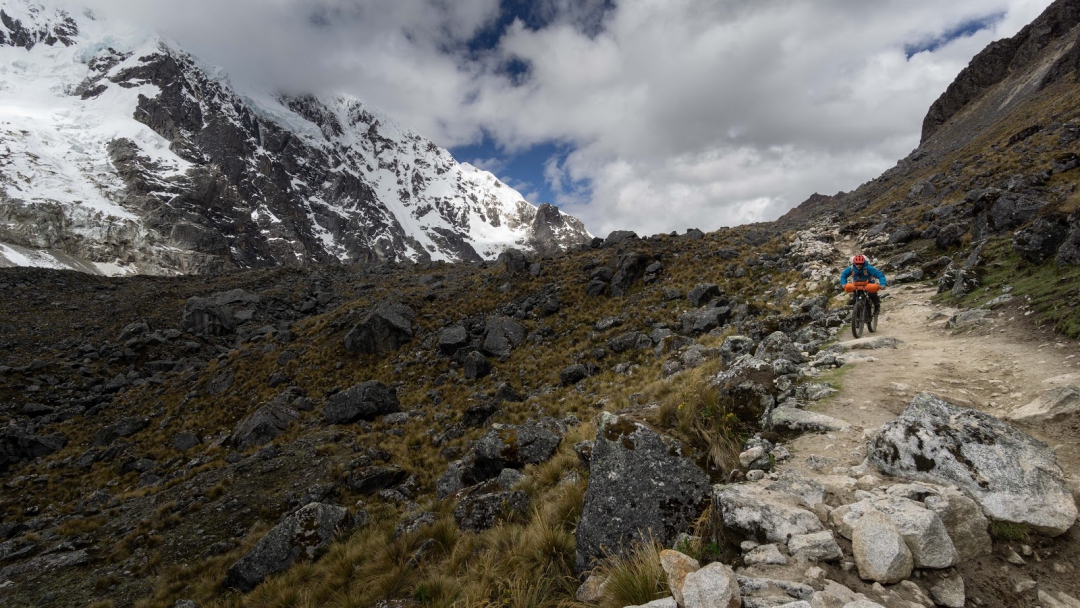 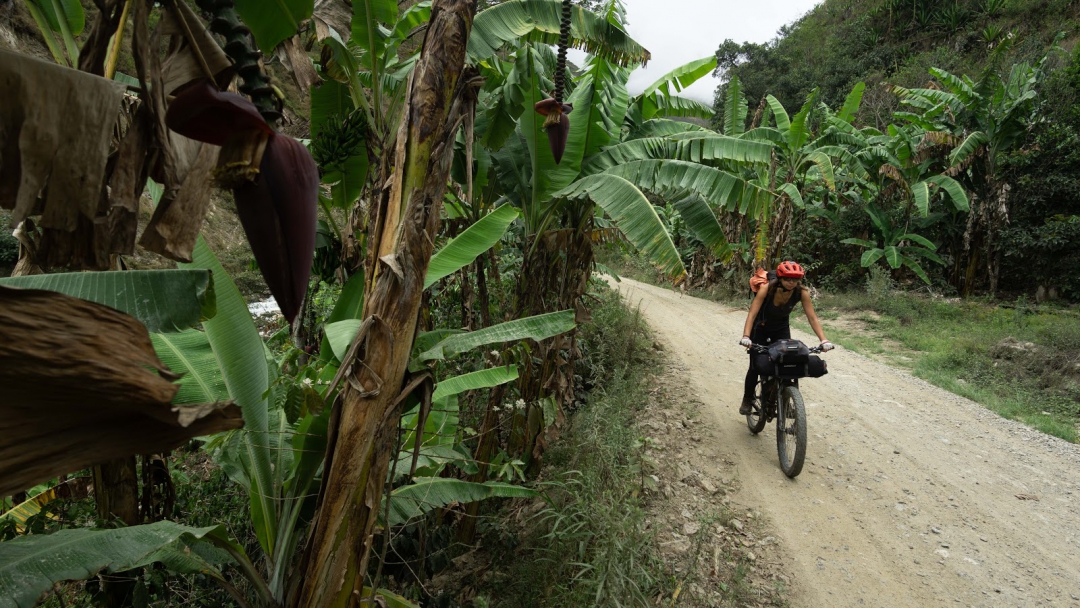 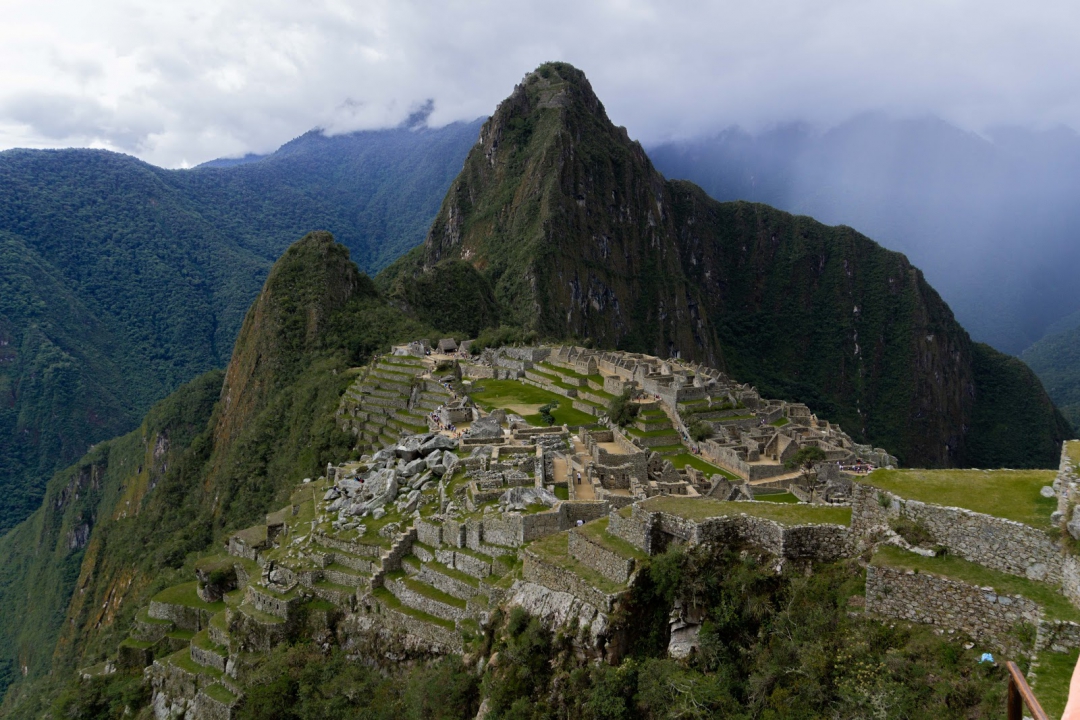